As internet access expands—and more and more businesses flourish online — the availability for premium domains becomes significantly smaller. While the stress of finding the perfect domain?for your business may have already taken 10 years off your life, we have good news: you’re not alone. Some of the world’s biggest companies are facing the same domain ownership issues. In fact, here are five of the internet’s ugliest domain disputes — and the lessons we can learn from them.

Believe it or not, the Brooklyn Nets have never owned the Nets.com web domain. Aside from losing out on traffic, not purchasing the domain has netted the NBA team several headaches.

Here’s one example: In 2012 the domain began redirecting to a?website for buying Dallas Mavericks tickets, which led many to believe that Mavericks owner and Shark Tank billionaire?Mark Cuban was trolling. After all, Cuban had a well-documented feud with Nets owner Mikhail Prokhorov. Despite the media speculation, the domain was actually owned by a small telecommunications company in New Mexico.

With renewal looming in 2014, many believed the NBA franchise would finally take control of the domain through a handsome payout or legal action. Surprisingly, however, the telecommunications company retained their rights?to keep the domain, and the Nets still have no answers on how to win on or off the court.

Moral of the story:?While the upfront cost of purchasing your ideal domain?can seem daunting, consider the risks of not buying it.

Your Great Idea Starts with a Domain Name

Don’t let someone else register your URL. Search DreamHost’s 400+ TLDS to find the perfect fit for your website. 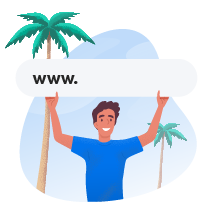 Whether you call it squatting, trolling, or investing, this is possibly one of the best stories of online business incompetence to come out of the 21st century. In 2007 Cowboys.com?went up for sale, and the owner of the Dallas Cowboys, Jerry Jones, looked to be a favorite for swooping up the name. However, a slight problem occurred during the bidding.

The asking price for the domain was $275,000, but because of a miscommunication, team representatives thought they were bidding $275 for the domain. After being shown the actual price, team officials balked and rescinded the offer, which ended up falling $100,000 short of the winning price.

The domain did gain a bit of notoriety?in 2012, but it has been dormant and up for sale ever since. In the end, Jones may have won this battle, as the Dallas Cowboys’ actual website ranks No. 1 in Google search for the term “cowboy”.

Moral of the story:?If you can’t find the perfect domain, find the closest possible variation and make sure you have a winning SEO strategy.

Uzi Nissan, the owner of Nissan.com, has been battling the car manufacturing?giant since the 1980s. Since emigrating to the U.S., he’s used his last name in almost every business he has started. While he’s had experience with automaker’s legal team in the past, nothing could have prepared him for the $10 million lawsuit he faced after registering the domain name in 1999.

In December 2002, Mr. Nissan received a final injunction from the district court to keep his domain and has been battling a never-ending appeals process. Even though he has won every appeal since 2002, the car company hasn’t given up on trying to use a loophole in trademark registration to win the rights to the domain.

Moral of the story: If you see potential for expansive business growth, make sure you have domains for your brand name and the products you make.

4. Google.com — Why Auto-Renewing Your Domains Is a Good Idea

When you’re one of the most powerful companies in the world, it isn’t easy keeping track of day-to-day business operations.?One employee found that out during a late-night domain search.

For a brief moment, Sanmay Ved was the owner of Google.com. A dedicated employee, Ved enjoyed testing the products Google was building to find flaws. One night, he jokingly put his company’s name into the search bar, and instead of seeing an error, he realized the domain was available for a whopping $12. After putting payment through, he shockingly?received a confirmation email along with sensitive internal information regarding the domain.

While many humans would have been concerned with the potential financial windfall, Ved alerted Google to the issue and was revoked access to the domain within minutes. Even though Google didn’t have to, they awarded him $12,000?for finding the bug.

Moral of the Story: There are many advantages to auto-renewing your domain name, especially if your online business is in it for the long haul. 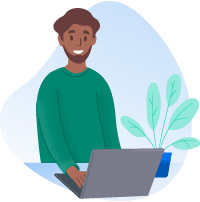 If you’re going to run for office in the 21st century, you should probably know how the internet works first.

After Barack Obama won his second term in 2012, domains for potential 2016 candidates were already being purchased. In January 2016, it was reported that Jebbush.com had been redirecting to a site for Donald Trump since December 2015. Even with the warning, Jeb Bush’s committee decided not to acquire the domain.

The overlooked technicality turned into a death sentence for his campaign. After losing numerous onstage confrontations with Trump, Bush was dealt a final blow by internet trolls who learned of the domain redirect and promoted it to the masses.

Moral of the Story: If your brand revolves around you personally, know that your digital strategy can make or break you.

Securing the right TLD?for your small business isn’t always pretty—as these ugly domain disputes demonstrate. But if you’re ready to nail down your digital presence, DreamHost?can help. We offer more than 400 domain extensions, including the ever-popular .com. So take a cue from these worst-case scenarios and register your ideal domain today.

About the Author:?Matthew Lebo has been working in web hosting and domains for over seven years. He enjoys puzzles, sarcasm, and all things internet.?When he’s not?interneting, you can find him working on fatherhood, playing soccer, or finding an excuse to go to the beach. ?

About the Author: Guest Author

The Guest Author profile is for all content coming from our amazing external contributors!